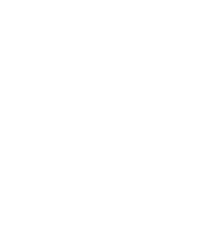 Suzuki is celebrating many anniversaries in 2020, so here's a special version of the GSX-R 1000R, to celebrate the most important one

It's the 100th anniversary of Suzuki’s foundation, 60 years from when they started to race, 35 years from the launch of the iconic GSX-R 750. 15 world titles, 6 of which in the top class, 300 podiums, sixteen championships in Endurance and one in Superbike. 2020 is an important year for Suzuki, and they celebrate it with the GSX-R 1000R Anniversary.

The engine hasn’t been changed: 999.8 cc four-cylinder in-line engine with SR-VVT variable valve timing as on the GSX-RR MotoGP, twin-spar aluminum perimeter frame, Showa suspensions - BFF fork at the front, BFRC Lite single shock at the rear - and high performance - 202 hp and 204 kg. Being the "R", it’s also equipped with an adjustable swingarm pivot, bidirectional quickshifter and brake hoses made in aeronautical braid.

The anniversary version goes further, because from a technical point of view there is a beautiful Akrapovič carbon fiber silencer, which increases the power by 2 hp and, above all, it takes the place of the questionable (from a design point of view) stock exhaust. Last but not least, the fairing offers a perfect replica of the beautiful celebratory livery, inspired by the one used by Suzuki at its debut in the World Championship sixty years ago, which shines on Alex Rins' and Joan Mir’s MotoGP GSX-RR.

Of course, the Gixxxer is only the first of the models that Hamamatsu has in store: four more will arrive in 2021. A limited series of thirty units that will make history.