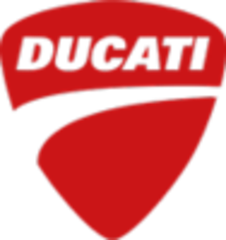 Sportier, more agile and with a couple of classy details: the XDiavel range expands

Black star: an image that reminds us a lot of that celestial body that, in the The Fifth Element movie, threatened the survival of life on Earth. But instead we like to imagine this new top-of-the-range model of the Ducati XDiavel as Leeloo, the supreme warrior who united the four elements of the Earth - air, water, earth and fire - and concentrated their strengths to save the Earth.

Because XDiavel, in the Ducati range, has always been excessives, the model that came the furthest from Ducati's standards and because of its power and maximum torque power.

Since its arrival, back in 2015, it has always been a success - changing it would have been a real shame. Apart from the engine now complying to Euro-5 regulations, the XDiavel has not undergone a major facelift - the engineers just slightly tweaked the exhaust system. Despite the fact that the displacement has remained unchanged, the changeover to the new Euro-5 regulations hasn't resulted in any power loss. Actually, the engine has increased its output from 152 to 160 hp, while the torque power has grown to 13 kgm.

What has changed in its look? The livery on the tank, which gains a red, sporty and gritty strip, recalled by the color of the valve covers, which are unfortunately visible only from the left side of the bike - but in Bologna they leave nothing to chance, taking care of even the smallest details. Furthermore, it has new forged rims, which will not have the same machining process as the ones of the 1260S, but are extremely light (-2kg) and make the XDiavel more agile and ready to accelerate. The seat is much more refined, with a graphic motif on the front. And it could be yours for 24,990 euros.