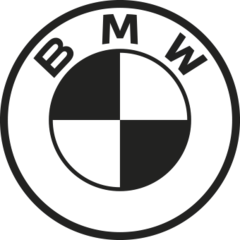 The Munich-based brand unveils the R18, an incredible cruiser equipped with the biggest boxer engine ever produced and updates the beloved R nineT range with the new Euro 5 engine

Back to the future. The Munich-based brand gets inspired by its glorious past and offers a very strong classic range for next year. Let's start with the cream of the crop, the R18 cruiser I had the privilege to ride recently. You can find my test on Moto.it. It's an extraordinary bike, inspired by the 1936 R5: air-cooled boxer engine, telescopic fork, teardrop tank, fake hard tail and shaft drive.

It is equipped with a never-before seen boxer engine: 1,802 cc, 158 NM of torque at 3,000 rpm with 91 hp of maximum power for 345 kg. Are you intimidated by its weight? Don't be! It even has the reverse gear. You shouldn't also worry about your back: the rear end of the chassis hides a real shock absorber that makes the bike comfortable also on uneven terrains. The R18 is a sculpture on two wheels, a bike for true connoisseurs. But it is not just made for exhibitions: it's just as beautiful on the road, thanks to the boxer engine's strong push. Furthermore, it's safe, being equipped with abs, traction control and engine mappings. What is the price of this dream? 22.900 Euros for the First Edition. Stay tuned, though: many other special cruisers will be based on the R18 in the future.

There are important innovations in the engine and in the equipment for the R nineT 2021 range, still consisting of the four models R nineT, R nineT Pure, R nineT Scrambler and R nineT Urban G/S. The engine is compliant with Euro 5 regulations, there are new colors and the Anniversary version for the Urban G / S debutes. Unveiled in 2013, the BMW R nineT was the first heritage bike of the Munich-based brand. The aesthetics as well as the entire chassis (with the exception of the rear shock absorber) are the same, while the changes are limited to details. The 1,170 cc boxer has retained its basic characteristics - the displacement and air cooling are identical, but has been revised in the design of the cylinder heads which is also noticeable in their aesthetics. The power has gone down from 110 hp at 7,750 rpm of the Euro 4 version to the current 109 hp at 7,250 rpm. A very limited decrease, compensated by the lower rpm to deliver it. The declared maximum torque remaines unchanged at 116 Nm at 6,000 rpm. Even in the standard versions, the R nineT 2021 now are equipped with ABS and a new rear shock absorber arrives. Rain and Road engine maps are part of the standard equipment.

The instrument panel has undergone a restyling, though it maintains a round dial, with invisible warning lights if not activated. The lights are full led, including blinkers, and there is a USB charging socket. Riding modes Pro (with additional "Dana" modes) for the R nineT and Pure and "Dir" versions (for R nineT Scrambler and Urban G / S) are optionally available, as is the DTC (Dynamic Traction Control) and Engine Brake Control (MSR). A new option is the Comfort package, which includes the Riding Mode Pro, cruise control and heated grips. Also for the Urban G / S there is the color "Edition 40 Years GS" (as for the new GS of the R and F series), available in a limited edition celebrating the 40th anniversary of the R-GS family.