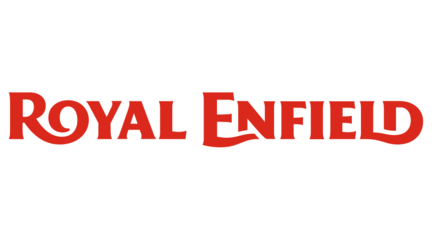 There are many ways to celebrate a milestone, but this one might be among our favorites. It is a sort of "Bollywood Party" that combines Italian flair with the iconicity of the bikes produced by Royal Enfield: to celebrate the five years of collaboration with the Indian company, the sole Italian distributor, Valentino Motor Company, has unveiled a special series of the Continental GT 650 and Interceptor 650: ten exclusive liveries, six for the Interceptor 650 and four for the Continental GT 650, each produced in only five units per color which will be available from December 2020 at Valentino Motori.

A very limited series, therefore: a tribute-project that enhances the aesthetic and design qualities of the Indian Cafe Racer and Roadster through numerous accessories in matt black (while the Bybre brake calipers are red) that give a new "dark" soul to the two twin cylinders. Engine and suspension remain practically unchanged, unless ... you want to pursue customization further and celebrate the Italian-Indian partnership even more lavishly.

The Continental GT 650 and the Interceptor 650 share the same platform but differ in saddle, tank, handlebar and a few other details. These Limited Editions, though, add a touch of exclusivity and give even more substance to a concrete project, usable by a very wide audience of motorcyclists and definitely pleasing to the eye, at least judging by the curious glances at traffic lights or at the stops during this test.

In terms of dynamic behavior, the Continental GT is equipped with Öhlins rear shock absorbers and Andreani multi-adjustable fork cartridges: the difference with the Interceptor in sportier driving was noticeable thanks to a more sustained set-up - without, however, ever being too stiff in easy riding - and a better response to impulsive solicitations, while Zard's homologated exhausts made the sound of the Café Racer just more guttural and full, without ever being intrusive but, on the contrary, thanks to a lucky game of acoustic reflections, even more harmonious in the fold where it is a pleasure to hear the two cylinder sing in full voice.

We can't help but underline the ease of driving and the docility they exhibit both in the city and outside - perhaps even in search of some sportier, extra-urban folds where the engine does not surprise for peak performance (47 HP to 7,250 rpm and maximum torque of 52.3 Nm at 5,150 rpm) but it can offer commendable regularity and a truly fine gearbox in terms of command and spacing, as well as very low fuel consumption.

The prices of the two limited editions are 8,200 for the Royal Enfield Interceptor 650 Valentino Motor L.E. and 8,500  for the Royal Enfield Continental GT 650 Valentino Motori L.E., but if you also want to celebrate - in full Bollywood style, of course: with music and dance - with Zard slip-on exhausts and Öhlins/Andreani suspensions you will have to add 600 and 1000 euros respectively.