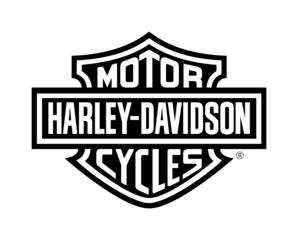 It's impossible to go unnoticed with the Harley-Davidson LiveWire: the first electric motorcycle from the Milwaukee-based manufacturer has raised the bar for performance, handling and technology when it hit the market- back in 2019 - just like a superhero's mace

Looking at Harley-Davidson's first electric motorcycle, a very cinematic image comes to mind - that of a LiveWire being dropped from above, from a futuristic aircraft, landing on the streets of a metropolis - with a virago riding it - and saving the Earth. Mission Accomplished.

The beautiful American motorcycle is the apex of the Bar&Shield production: no other motorcycle made by Harley-Davidson had ever gone so far, breaking so clearly from the custom, touring and cruiser segments, Harley's kingdom for over 110 years.

Each one of its components is totally new, and it couldn't be otherwise, starting from the die-cast aluminum frame that incorporates the battery up to the Revelation electric engine that thrills every time the throttle is twisted. The LiveWire is capable of delivering exciting performances: it might be because of its sound instead of the loud, classic, one, it might also be because of its high and costant torque power of 116 Nm or due to the absence of gearbox and clutch that make everything much more direct, but the horse power seem to be much more than stated (105 hp) because of the instantaneous acceleration.

Thanks to the remarkable Reflex Defensive Rider Systems on-board electronic package, equipped with a six-axis IMU platform, the LiveWire is not only very fun to ride but is also safe: it's equipped with ABS Cornering with dynamic balance between front and rear brake, TCS Cornering, braking torque control, assisted hill start and tire pressure sensors.