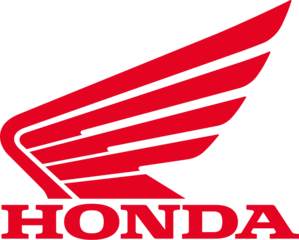 The new flagship of the NC family. More powerful, more refined and even better looking

Honda Forza 750. Paraphrasing Obi-Wan Kenobi, an elegant vehicle for civilized times. It is the latest Jedi - sorry, the latest model of the NC range which was launched in 2012, evolved in 2014 and completed in 2017 with the X-ADV. While this was born in Italy and was developed in Japan, the path of the Forza is the other way around: it was created in Japan with the 250 cc engine at the dawn of the millennium and it had great success in Europe, with 100,000 units sold across the entire range.

A range that has been completed by this flagship, based on that NC - New Concept - platform that Honda has developed with efficiency and effectiveness in mind. It has been equipped with an evolved long-stroke engine, to favor torque power and low consumption. The engine has been optimized, lightened by 1.5 kg and it now complies with Euro5 regulations. The throttle-by-wire allows to have four riding modes and much more: HSTC traction control, the chance to set up the throttle response and, above all, the DCT dual-clutch gearbox Honda is very proud of.

Complying with Euro5 regulations means, in this case, even more power, which rises by 5%, reaching 58.6 HP and the chassis is similar to a motorcycle, essentially a road and lowered version of the one used by the X-ADV.

It's a real GT, much more motorcycle than a scooter, with excellent finishes, starting from the TFT screen - a idlmost the same one as the one on the Africa Twin and Fireblade and great finishes wherever you look at.

Last but not least, the Forza 750 comes with the new Honda RoadSync app, made directly by Honda, allowing to manage navigation up to smartphone management.