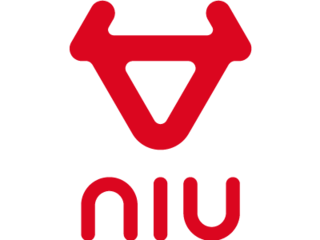 With a minimalist design, the UQi Pro is a scooter designed to be super agile in traffic conditions. It weighs only 77 kg and it has a range of about ninety km

The design is minimalist, it has robotic shapes and it’s super small. The UQi GT Pro is the featherweight of electric scooters, it's straight forward and it's meant for short-range commuting. With a battery range of up to about ninety km, it can cover up much more road that just the daily commuting, but it loves to face the urban jungle.

It’s a scooter designed to be ultra-agile when driving in urban traffic. On the other hand, numbers don't lie: the UQi weighs only 77 kg and it has been equipped with 14-inch wheels; a perfect combination for the city. The braking system relies on two discs: 220 mm at the front and 180 mm at the rear. The engine, placed inside the rear wheel, has a power of 1,500 watts and pushes the UQi GT Pro a maximum speed of 45 kph.

Like all the other scooters made by NIU, the UQi GT Pro is always connected and able to indicate the status and position of the vehicle through the app, even in the unfortunate case of theft.